In this project we are developing a concept for a new Swiss Wind Atlas platform.

Suisse Eole has asked The Swiss Wind Energy R&D Network to develop a concept to improve the Swiss Wind Atlas for improved national and cantonal planning purposes. According to Suisse Eole, the current version of the Swiss Wind Atlas tends to underestimate the wind resources at some potential wind energy sites compared to the New European Wind Atlas and compared to various existing wind measurements. The current version of the Swiss Wind Atlas was produced with a combination of Swiss weather stations and wind simulations with the simulation tool WindSim, which has limited accuracy in some regions (±2-4 m/s). This has a huge impact on the prediction of energy production used in national and cantonal planning, especially because the power produced by a wind turbine increases with the cubic of wind speed.

The aim of this project is to develop a platform that will allow an efficient, long-term and continuous improvement of the Swiss Wind Atlas, and then to improve the wind speed prediction accuracy to ±1-2 m/s in 2-3 predefined regions of interest, as well as to develop an effective communication strategy for the use of the new atlas. 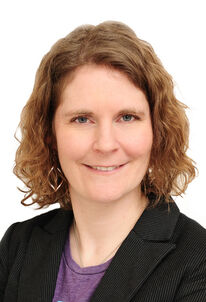