To reduce its greenhouse gas emissions, the logistics industry is currently looking at various fossil-free drive concepts. One possibility is to switch to liquefied biogas (LBG). A team from the University of Applied Sciences of Eastern Switzerland, together with the transport company Krummen Kerzers AG and with Lidl Schweiz AG, is investigating whether and to what extent replacing conventional diesel fuel with liquefied biogas (LBG) in heavy-duty transport in Switzerland makes ecological and economic sense.

The project with the abbreviation "HelloLBG" investigates the use of LBG for Swiss heavy-duty transport. The main objective is to evaluate under which conditions the use of LBG is energetically, technically and economically feasible. For this purpose, all energetically relevant influencing variables in the entire value chain of a concrete LBG supply source (from production to use in real operations, i.e. including transport, storage, decanting, refueling) are investigated and summarized and evaluated in a well-to-wheel analysis.

There are currently three LPG refueling stations in operation in Switzerland, and interest in LPG is increasing. In the project, measurements were taken at one of these three fueling stations to determine how much energy is required and whether methane emissions are generated on site. This is important because methane is a greenhouse gas 28 times more potent than CO2, making direct methane emissions more significant than combustion. In addition, exhaust emissions from LBG trucks with different engine technologies (HPDI and gasoline) were measured to critically question manufacturer claims and verify emissions in real-world use.

Vehicles and fueling stations were checked for leaks using a Gascam. The fuel consumption and transport distances of the trucks (LNG HPDI, LNG Otto, diesel) were evaluated via the fleet management systems of the truck manufacturers over the period of one year. In addition, reference measurements were carried out for all three engine technologies using PEMS (Portable Emission Measurement System). In the process, the trucks underwent an RDE (Real Driving Emissions) test procedure several times with the same load.

With regard to LBG production, it was found that the renewability of the electricity and heat supply in the production process is crucial for the well-to-wheel analysis. The calculations show that emission reductions of up to 82 percent can be achieved compared to fossil diesel (95.1 g CO2eq/MJ), provided that renewable energy is used for production. Otherwise, the emission reduction is reduced to 46 percent. The LBG production including liquefaction was calculated with 8 g CO2eq/MJ, the remaining emissions of again about 9 g CO2eq/MJ can be reduced significantly by reducing the transport distance and consequently avoiding ventings at the filling station. With venting, the pressure in the vehicle's tank is lowered by venting methane to allow refueling. This gas is usually returned to the filling station. However, if the pressure there is also too high, the methane does not go into the filling station but into the environment. Venting to the atmosphere can be reduced to almost zero by increasing methane turnover at the refueling station, as more frequent refueling of cold LBG can keep the pressure in the refueling station below 9.5 bar.

Exhaust measurements were performed on two LNG trucks and one diesel truck. The vehicle with gasoline engine (lambda = 1) shows higher CO2 emissions than the vehicle with HPDI engine (High Pressure Direct Injection), which, however, still requires an average of 10 percent (mass) diesel for ignition.

The well-to-wheel analysis shows that with LBG from Scandinavia, emissions can be reduced from 1044 g CO2eq/km (diesel) to 270 CO2eq/km (gasoline) and 282 CO2eq/km (HPDI). This is still without optimizing the transport or the refueling station. With fossil LNG, on the other hand, emissions are increased to 1257 CO2eq/km in the Otto engine and minimally reduced to 953 CO2eq/km in the HPDI engine.

In practice, it should be noted that the connections of LNG refueling stations and LNG vehicles are not always compatible and that there are cantonal differences in Switzerland with regard to constructional specifications, interpretation of the Major Accidents Ordinance and classification according to fire protection standards.

Replacing LNG with liquefied biogas (LBG) can significantly reduce climate-relevant emissions. While the same emissions initially occur in vehicle use due to the largely identical chemical composition of LNG and LBG, a holistic well-to-wheel consideration shows a different picture: Here, for biogenic fuels, CO2 emissions during combustion in the engine are equalized by the plant cycle. However, even with LBG, the production- and transport-related emissions remain, as well as those gases that are formed in addition to the CO2 during use in the truck.

The project was able to determine initial results on the well-to-wheel analysis of liquefied biogas from various suppliers. Using the example of LBG from a liquefaction plant in Scandinavia, it was determined that fossil-free production of the biogas achieves an overall reduction in greenhouse gas emissions of over 70 percent compared to diesel. With the import of LBG from nearby production sites or even LBG production in Switzerland and the prevention of venting at the filling station, the well-to-wheel balance should be even better. 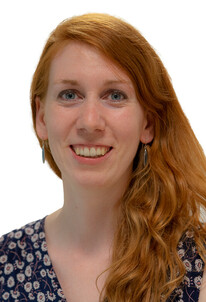 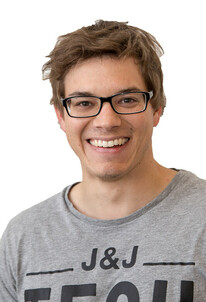 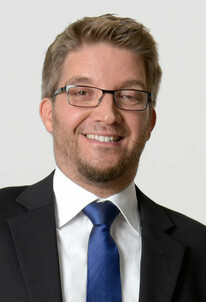