No other technology is spreading as rapidly in the home as voice assistants (VAs). The interdisciplinary project shall increase the general awareness about the social, societal and philosophical implications of VAs and contribute to guidelines and policy recommendations concerning the development, design and deployment of VAs, including how to deal with users’ concerns about privacy and data security associated with the use of VAs.

The few existing surveys about the use of VAs in Switzerland have been conducted by consultants, tech companies or providers and have primarily a business perspective. Insights into the use of VAs in home settings are badly missing.

The project will conduct an interdisciplinary study on how people shape and organize their domestic lives in the presence of VAs. It will investigate the impact VAs have on everyday practices and routines as well as on the interaction and social relationships between the members of a household.

The study will generate novel insights into the emerging issues associated with VA use in Switzerland and beyond. It will advance the state of the art through its focus on the domestic set-up, user experience, and ethical issues. The scientific findings will be translated into guidance for users, developers, designers and service providers in business and industry. In collaboration with the Mozilla Foundation, the research team will continuously share and discuss its findings with an international community of experts. 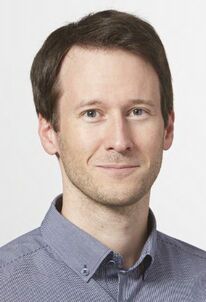