At one of the best-known international conferences in the field of electromagnetic field computation (Conference on Electromagnetic Field Computation CEFC), a former HSR student was able to establish himself against tough competition with the presentation of his Master's thesis. Of the approximately 800 papers presented by researchers from all over the world, six received the "Best Poster Award". Among them, surprisingly, was Thomas Franz from the IET with his poster entitled "Time Domain Inrush Current Simulations of Power Transformers". This conference takes place every two years and was held in Hangzhou, China in 2018.

The master's thesis, in the field of electrical power engineering, was carried out together with the electricity company of the Canton of Thurgau (EKT AG). This work was mainly concerned with the calculation of resonant inrush currents in power transformers.

In the substations of EKT AG, there are two power transformers connected in parallel for redundancy reasons. One transformer carries the entire load of the catchment area. The second is disconnected and is only switched on to compensate for faults in the network or to carry out maintenance work. When the first transformer is switched on, voltage dips are recorded on the medium-voltage side of the second transformer, which is already under load. These voltage dips impair the quality of the network and can reach such an extent that even the earth fault detection system triggers an alarm message. There is a risk that the entire sub-area could be disconnected from the electricity grid. End customers such as the Amriswil municipal utility also noticed these voltage fluctuations and this led to uncomfortable queries to EKT AG.

Essentially, it was shown in the master thesis that the setting of the earth fault suppression coil has the strongest influence on the secondary-side voltage fluctuations of the transformer. When the earth fault suppression coil is operated close to the resonance point, this causes the voltage dips as described in the problem definition. As suspected, the reason for this phenomenon is the resonating inrush current.

The graph on the right shows the comparison of the simulated voltages on the medium-voltage busbar with the measurements in the substation.

Furthermore, it was possible to show with transient simulations that the inrush currents can be damped with the help of the tap changer on the transformer in order to minimise the voltage fluctuations on the medium voltage side.

The results of the transient FEM simulations were then mainly presented at the CEFC conference. The graduate performed these simulations with a commercial software for magnetic field calculations (MagNet by Infolytica). A novel method was developed to take into account the remanence of the transformer core, which is crucially important for the correct calculation of the inrush currents. Using measurement data from the substations of EKT AG, the simulation models could be verified with a good agreement.

The graphs below show the field image of the magnetic flux density at the time of the first inrush current peak (left) and the comparison of the inrush currents between the different simulation methods and the measurement (right).

The frequently mentioned energy turnaround is constantly leading to adjustments and expansions to the distribution grids. Because at the same time the demands on the quality and stability of electrical energy transmission are becoming ever greater, grid operators are faced with major tasks. Support from the universities of applied sciences, as in this example with a master's thesis, can be of great benefit to grid operators in the future. 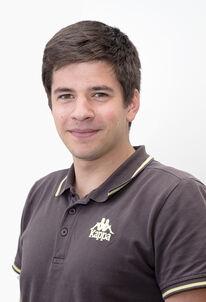